The Adjust-A-Wings brand has been a mainstay of the indoor horticultural lighting world for almost thirty years. Beginning with the iconic double-parabolic reflector, our company founder Mr. Paul Cronk BSc, transformed the nascent indoor gardening scene in Australia at a time when the only reflectors available were inefficient, angular and crude. Paul’s first major brainwave was the ‘double-parabolic’ shape which both dissipates heat from the lamp and produces a beautiful, mathematically uniform light distribution over the plant canopy. The results literally transformed growers’ expectations and set the bar for all other reflectors.

Since these early beginnings, our passion-driven innovation combined with good old fashioned word-of-mouth have been key to Adjust-A-Wings’ continual growth and success. We are indoor growers, just like you. As such, our lighting solutions have always been tailormade for growing the most light-hungry plants indoors, where grow lights are the sole source of light.

The HELLION Series made Double-Ended Technology Accessible to Home Growers

Growing super-high DLI plant species indoors doesn’t come without some serious challenges—not least, getting sufficient light intensity to the plant canopy without overheating it in the process! Double-ended (DE) HPS lamps took the greenhouse growing scene by storm, offering much higher efficiency, improved spectral quality, and increased output compared with their single-ended predecessors. However, these efficiency gains were not realized by simply moving these fixtures to an indoor warehouse setting and bolting them to the ceiling. Massive air conditioning energy costs plagued early commercial growing installations as well as lack luster yields. Once again, our company founder, Paul, sensed the necessity of innovation.

The HELLION range combined the high-reflectivity of Adjust-A-Wings DEfender reflectors with a custom-paired premium electronic ballast and lamp. Whereas growers had previously been forced to “mix and match” their lamps and ballasts (and hope for the best!), now a reliable, super-efficient “all in one” solution was finally available. What’s more, the titanium dioxide outer coating of the DEfender reflectors was ideally suited to cope with the super high intensities created by the DE lamps while the trademark Adjust-A-Wings double-parabolic shape enabled close proximity placement for much deeper canopy penetration.

Building on the success of the HELLION 600/750W DE-HPS illumination kit, a 1000W DE-HPS kit was released along with a 315W CMH, 630W DE-CMH and 1000W DE-CMH kit—the first, truly reliable DE-CMH lighting fixtures in the industry. 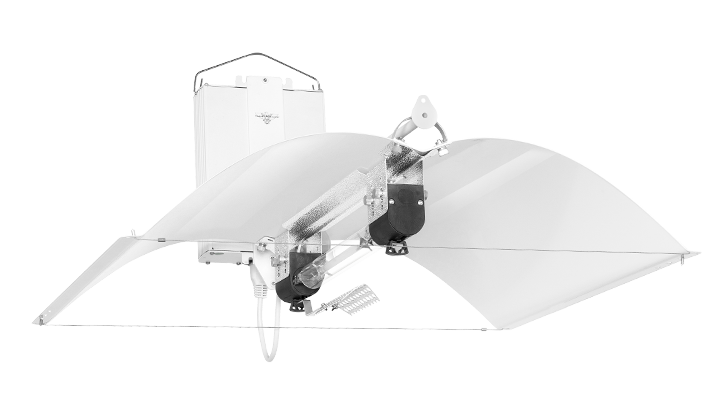 Never ones to jump on the commercial bandwagon, we watched with guarded interest as the first LED fixtures entered the marketplace. As the technology matured to a point where real gains and advantages to the hobby grower became realistic, we announced the release of the HELLION VS3 LED series—a family of four cutting-edge LED grow lights with a host of special benefits.

Combining multiple drivers, industry-leading Samsung, OSRAM, and SEOUL diodes, and micro-reflectors on the top of each light bar, indoor growers could really take control of their plants by altering the spectrum throughout the lifecycle in order to promote more compact plant morphology and increased production of essential oils. We basically combined the very latest understandings in plant science and photobiology with the world’s most efficient LED light sources to create a truly outstanding LED grow light.

The unique, patented design of Adjust-A-Wings reflectors, along with the ingenious Super-Spreader heat deflectors mean that growers can safely bring their grow lights much closer to the plant canopy (45 cm for 750W DE-HPS) for deeper penetration into second and third tier flowering sites and a more uniform intense footprint of light’all without the hot spots commonly associated with closer placement. This means more usable light on your plants and much less light loss to walls and floors. This all adds up to significant yield increases compared with less efficient plant lighting systems.

Our HELLION VS3 LEDs are fully controllable, either via on-board dials, or via our HELLION Master Controller for full diurnal manipulation of spectrum. All Adjust-A-Wings reflectors and complete lighting fixtures are designed primarily for growing applications where they are the sole source of light for plants. As such, it’s imperative that this light is engineered so that it can safely be delivered from close proximity for deep penetration into the canopy.

Some grow light technologies just ‘tickle the canopy’ with photons and, while they seem good at stimulating PAR meters, they fall short of delivering plant usable energy deep into the canopy when tested in the real world. Here at Adjust-A-Wings we have always looked to Mother Nature as our guide, seeking to replicate homogenous levels of radiation and leaf temperature throughout the entire plant. The latter is particularly important because it is a primary driver of vapor pressure deficit (VPD) which, in turn, drives water and nutrient uptake, particularly calcium.

Ask any experienced grower’the Adjust-a-Wings name is synonymous with high-powered, productive indoor gardens. As soon as they were initially launched in Australia, they became an instant hit worldwide and were picked up by distributors in Switzerland, Holland, UK, Spain and Canada. Adjust-a-Wings products are now sold in more than 40 countries worldwide.

Through our trusted network of grass-roots, real-world growers, we have continually developed our products to give production-focused indoor cultivators the best possible results. Our research is conducted with plants, as well as quantum meters. It’s no good measuring super high PPFDs (light intensity) if plants are being cooked with excess radiant heat at the same time and are consequently unable to harvest that light!

To date, more than a million Adjust-A-Wings have been sold in more than 40 countries worldwide. Our products have won numerous awards and have been the primary feature in industry leading magazines as well as being championed by key industry professionals.

Adjust A Wings (Avenger + Enforcer) were voted the UK’s favourite reflectors in 2015. The results published in Garden Culture Magazine: 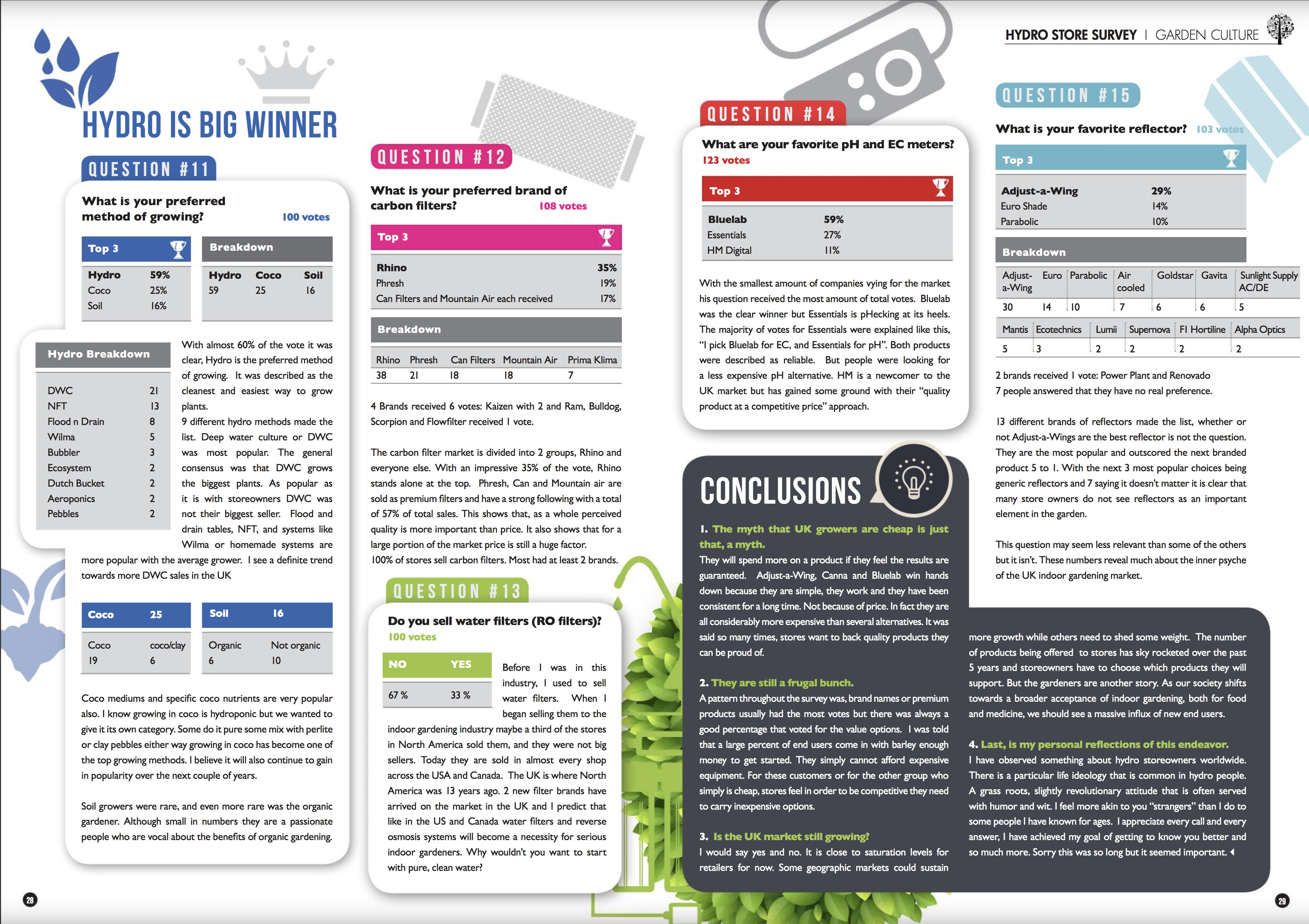 Adjust-A-Wings HELLION Defender + Avenger have featured on the front cover of all 19 editions of George Cervantes book ‘Indoor Growing / Culture en Interieur’. The publishers believe the Adjust-A-Wings to be the best reflectors and lighting system available in the industry. 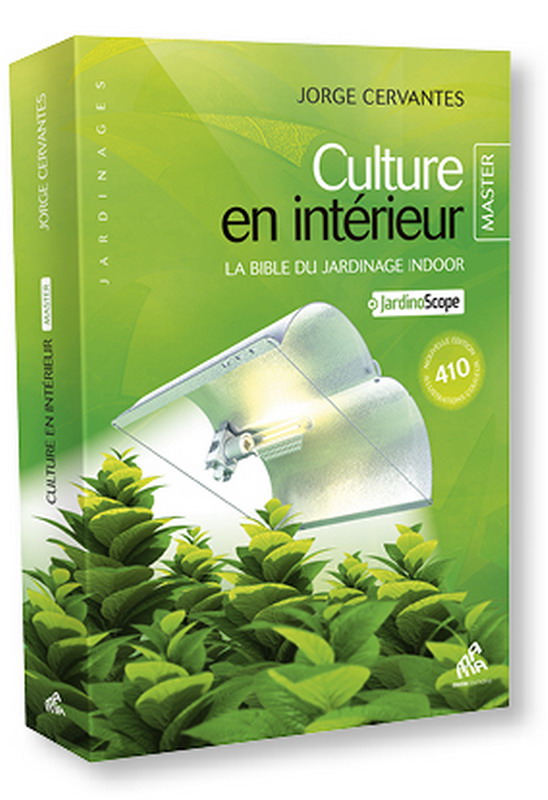